Planysphère: visit a region through gestures.

Planysphère is a touchless interactive solution which lets you control Google Earth and take a virtual stroll through the geographic environment using gestures.

IMMERSE YOURSELF IN THE REGION

The PLANYSPHERE system is an interactive wall composed of a wide angle projector, Kinect motion sensor and a mini PC. It projects you into a chosen region to explore in total immersion.

Users stand on an area marked on the floor and the system detects them immediately. They are plunged into their chosen region, standing on the ground, where they can :

The user is given complete control to playfully explore a particular surface, aerial photo or 3D city, and move around as if they were really there. 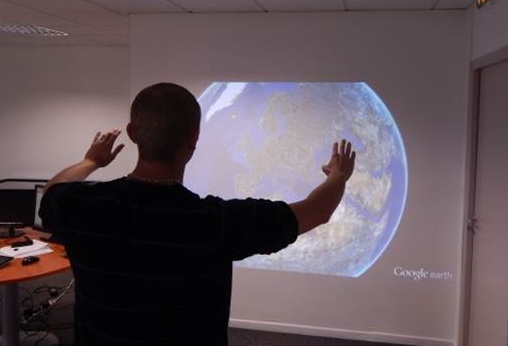 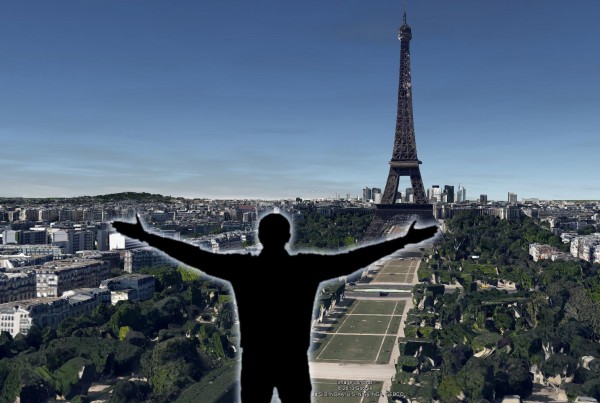 Here are some examples of PLANYSPHERE applications :

For tourism organisations, this tool lets users explore the territory in an innovative way, totally immersed in the geographic features and architectural splendours.
The solution also allows users to discover the edges of the territory (the borders can be outlined) and the area’s cycling paths or hiking trails.

In an estate agents office or local planning agency, the application can be used to present new projects by adding the outlines, contours, cadastral plans and volumes of new developments to the map.